Home/ Breastfeeding / I was determined to breastfeed my baby as long as he wants.. and that firm decision has brought us here!

I was determined to breastfeed my baby as long as he wants.. and that firm decision has brought us here!

It had been only 8 and a half months and my baby decided to come into this world before his estimated time..

So, on that one heavy rainy day, as I ended up in C section even after having undergone labour for almost 8 hours, all my hopes, efforts and dreams of normal labour had shattered.. & all I wanted was to get rid of my bump as soon as possible.. but whatever happens, happens for the best! Coz we found 3 true knots in the umbilical cord after delivery of the baby and even trying for the normal labour might cause distress to the unborn child inside the womb…

The war had not ended, it had just begun. Even In my drowsy state of mind (due to the effect of an opioid to calm my hyper anxious body), all I remember is me repeating the words, “ Give my baby to me, I wanna feed him” but I was simply ignored. They thought I was not fit enough & 3 more hours had passed. My baby was given formula milk by the nurse on doctors order !

I was extremely furious as the staff didn’t care to even examine my leaking breasts !!! I clearly remember those times when as an anaesthesiologist, being at the head end, I had prompted mothers to feed their children right on the OT table & here I was..unable to feed my own baby in the very first hour of the birth.. Finally as the 4th hour passed, I gained my consciousness & demanded to have my baby by my side to feed him.. I know how vital is the first attempt of latching and suckling for the baby & mother.. by the god’s true grace, my baby learned in the first 2 or 3 attempts and started taking my feeds..gentle and smooth yet short time-lapse!

The staff yet didn’t listen to me and blindly followed the instruction of a Doctor to feed formula milk to the baby but I didn’t stop ! I put my baby on my bare chest a few times on the first day itself! That led to a strange yet strong bond between me n my little pumpkin.. & the very next day, when Doc watched herself my ability to produce sufficient milk, she ordered not to feed him formula milk, and give only breastmilk! It was a win-win condition for me. 😇 So contended, and happy inside, I fed him on his every demand and putting atleast a break of 1.5 to 2 hours between two feeds. I thanked God for making such an important process so smooth and quick that we adjusted to each other in 2 to 3 days, unlike those cases where a mother can’t produce sufficient milk or sometimes babies don’t latch properly or sometimes there’s an issue with a position etc. etc.

This was the phase when I determined to breastfeed my baby as long as he wants.. and that firm decision has brought us here !

Today he is 13 months old

Be it any journey/ any outing/ any place other than home

Though I had joined my job back when my lo was 4.5 months, I never tried to give him anything apart from breastfeeding for the first 6 months!

Elders kept talking that my feeds might be less for the baby looking at the size of my breasts and my baby’s sleep-wake pattern. They kept telling me to give some gripe water or simple boiled water in such hot weather.

I had never been so sure before and continued to exclusive breastfeed my son till he was 6 months.

From my fixed 9 to 5 job, I managed to come every 2 hours for feedings. At times My sasuma would bring my baby to hospital when I could not go home. Worse case, I would bring him along even in emergency duty so that his schedule may not get disturbed.. & Today is the day, he still sleeps sharp at 9:30 anywhere, anyway..

Weaning was also not that easy! My son refused to take every other meal. And he could not gain weight.

So again everyone around me was telling to stop breastfeeding my baby early! Then only he will eat other things.

But in my heart, I knew that we can solve this problem too! And never stopped feeding him.

Honestly speaking, my son became ill 3 times before he turned into 1 year & during those days, he was totally on my feeds. He refused his favourite fruits, favourite juices and even water ! At that time, I again thanked God that I didn’t listen to others and stopped my feeds..

Believe me, there’s no satisfaction as great as feeding your baby !

The gift that only a mother can give to her baby and none else!

The gift so pure and healthy for a baby !

The gift which mother nature has showered upon us.. women..only!

How can one even deny that?

Still, some people would tell me to wean off or else babies make it hard to wean the breastfeed once they grow up!

My only answer to such people is, “ I will breastfeed as long as my baby demands & he will wean himself when the time is right”

The key is.. to listen to our own instincts and act accordingly! Positive thoughts all around with happy people.. None knows our baby better than us- their own mothers.

Thanks to my pre-pregnancy classes where I learned all the above-mentioned facts and support of my family that helped me in my mission!

[P.S. I have lost 7 kgs to my pre-pregnancy weight now and when people ask me how did u get there, I simply smile and say, I still breastfeed🤱🏻]

1212 Views
Share This
Previous article
My husband burped her. That was like a victory for us!!!
Next article
It is through breast milk that a baby stays connected to her mother, her source of all power, after coming into this world 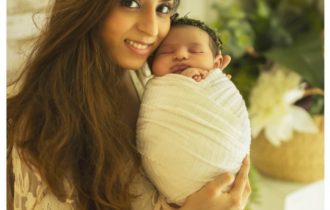 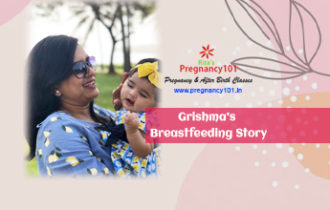 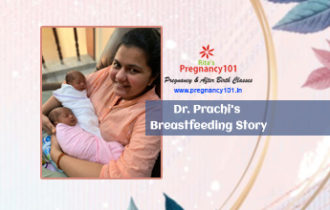 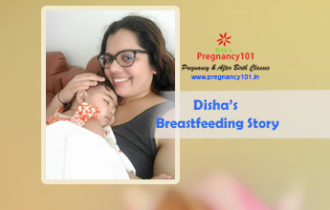