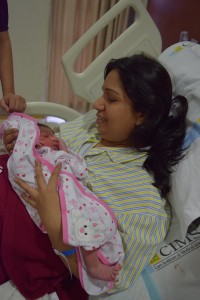 Holding my baby for the first time

The journey of nine months of pregnancy and then giving birth to a baby was incredible and unforgettable. On my first visit for ultrasound, I was told that the EDD (expected due date) would be 5th June 2015. So the exciting journey of about 36 weeks begin. My gynaecologist was of the opinion that we would not go beyond the EDD. Since there was no sign of labour pain till the due date, I was asked to go for the ultrasound to check whether things inside were normal. As the things seemed proper, the doctor suggested to wait for two more days for the labour pain to start on its own or else on 8th June to induce the labour pain. However, on 7th June around 6 pm there was a discharge of small red lump.

I called my gynaecologist and informed her about it. She suggested to observe further development. Thereafter almost for 2 hours there was a slow red color discharge. I again informed my gynaecologist about the same and she suggested me to get admitted in the hospital so that she could examine the status. I got admitted in the hospital at around 9:30 pm. At that time there were mild contractions which were started roughly at the interval of 40 to 45 mins. The gynaecologist examined and said that its a starting of the labour pain and asked to time the contractions. So my husband noted the gap between each contractions and the time it lasted. Gradually, thereafter, the interval between each contractions started reducing.

During this time I was slowly walking in the room and also taking rest. Also every 30 mins the staff was checking the fetal heart rate. At around 2:30 am there were roughly 3 to 4 contractions in 15/18 mins. Now because of the intensity of the contractions I could not lie on the back and has to either sit or stand. At this point of time I would like to mention that it was becoming difficult to check the fetal heart rate as I was not able to lie on the back for longer time. Such situations need to be immediately informed to the doctor. The contractions were further intensified and started coming 3/4 times in a span of every 5 to 7 mins.

At around 3:50 am I was taken to the OT room. At that time the contractions were continuous and severe. The doctor immediately gave the local anaesthesia and did episiotomy. At around 4:30 am my baby got delivered and suddenly all the pain and sufferings was converted to joy and happiness. Even though all the subsequent things like taking the placenta out and taking suture were going on, there was not much pain.

I felt an immense sense of satisfaction on taking my baby in my arms. Although, throughout the pregnancy period I have remained positive and determined that I would give a natural birth to my baby, but when it actually happened I could not believe it myself. Frankly speaking, during last hours of labour pain I almost gave up but the constant support from my hubby and mommy makes it possible. Normal delivery is literally normal in the sense that on the next day itself there was no other discomfort except a bit of tiredness.

I am grateful to Rita’s Pregnancy 101 for providing great insight regarding the important aspects of pregnancy and child birth which has made me aware and confident of the things ahead. I heartily thank http://www.pregnancy101.in and wish them all the very best !!

Love to all… Aditi Kanbar. 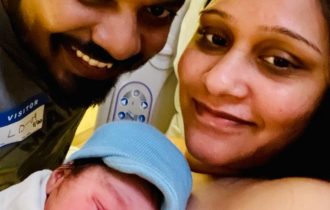 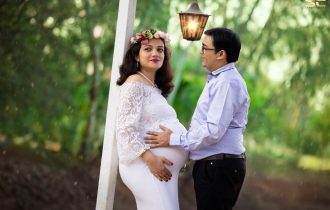 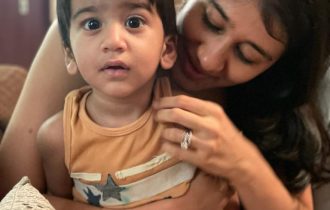