Navratri the festival of 9 Nights is celebrated in Gujarat by dancing the nights away as a mark of devotion to the mother goddess. This dance festival is unique as in the men & women come out in their best traditional dresses and dance at the garba venues, which can be in their neighbourhood, community centre, clubs and public open spaces.

Most girls & boys who grew up in Gujarat would have fond memories of going to the garba dance nights with the groups of their friends. Women during their pregnancy often miss out on the dance festivities as most venues are crowded, dusty and lack proper toilet facilities.

Rita’s Pregnancy 101 has once again organised an exclusive Navratri in Ahmedabad – Maa No Garbo 2017 for pregnant women & new mothers, so they too can now enjoy and relive the memories of some of their best times. Well thought out facilities such as air-conditioned hall, ample car parking, 3-course meals, clean toilet, breast-feeding room and plenty of seating.

All pregnant women & their husbands are invited to buy their passes for the special garba program this year. 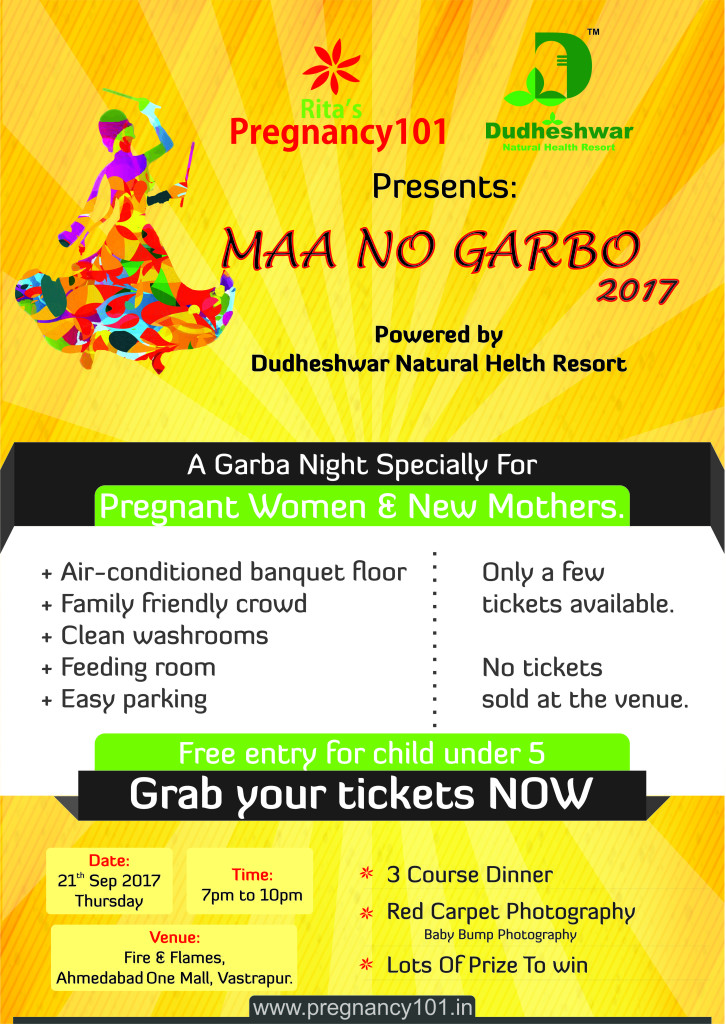 1567 Views
Share This
dance during pregnancy , garba for pregnant women , navratri 2017 , navratri ahmedabad 2017
Previous article
Pregnancy exercise benefits, see the video to believe it!
Next article
Megha’s Birth Story: “If I can do it, So can you